How Does a Judge Determine Who Gets Child Custody in Ventura, CA?

When a couple with minor children separates, one of the primary issues to be decided is which parent will be awarded custody.  Custody can be either physical or legal, and can be shared in a variety of ways according to the court-ordered plan.  California courts will consider a long list of factors when determining the specific plan for child custody.  These include the child’s preference, the health and safety of the child, the ability of the parents to co-parent, as well as what choices will best allow for continuity and stability in a child’s environment.  A judge has wide discretion when dealing with family law issues and his determination will ultimately rest on what decisions will be in the best interest of the child.

Child custody is a very sensitive topic that requires a compassionate, experienced family law attorney.  The Law Offices of Bamieh & De Smeth, PLC offer a confidential legal consultation, completely free of charge.  With decades of experience representing parents in contentious divorce cases and custody disputes, our lawyers will do what is necessary to provide effective, aggressive representation.  Contact us at (805) 643-5555 as soon as possible for peace of mind and the clarity and confidence needed to tackle your child custody dispute. 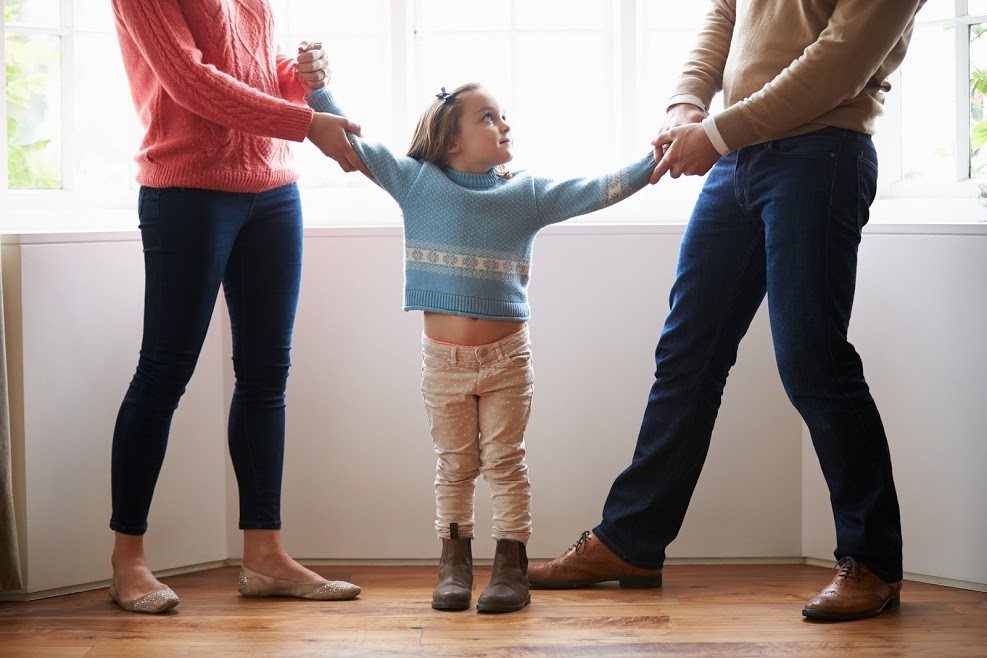 What’s the Difference Between Legal and Physical Custody?

It’s important to be familiar with the two types of custody that will be discussed in your proceeding.  First, legal custody allows a parent the authority to make decisions on behalf of the child.  These include decisions about the child’s schooling, religious upbringing and medical care.  Physical custody refers to a parent that has the right to have a child live with him or her.  Both types of custody may be and often are shared by the parents.

If parents have joint legal custody, one parent cannot exclude the other from collaborating on the decision-making process. Failing to include the other parent may result in a court date.  For joint legal custody to be successful, the parents must have the ability to effectively communicate and come to an agreement about important matters in the child’s life. Shared physical custody is simply an arrangement where the children spend a significant portion of time with each parent.  If this is not feasible geographically, or if one parent has been deemed unfit in some way, courts have the option to award sole legal or physical custody to one parent.

What Factors Will the Judge Consider When Deciding Custody?

There are many factors the California courts will consider when determining custody arrangements.  A child’s health and safety is generally one of the most important factors in deciding what is in the best interest of the child.  Any prior bad acts by the parents, especially abuse or neglect of the child, will weigh heavily on a judge’s decision.  Additionally, the child’s relationship to each parent and the time available to each parent to be with the child will be considered.  If one parent is available to care for the child during the day and the other parent would be using a daycare center or babysitter, it is likely the available parent will be awarded more custody. A parent’s drug or alcohol use, caretaking capacities and the environment that they can create for the child are just some of many factors in play.

The child’s preference will also have some impact on the determination, on the condition that the child is of a mature enough age to make an intelligent choice regarding custody.  In California, a child age 14 or older is permitted to directly address the court regarding custody and visitation.
The ability of the parents to effectively communicate regarding their child is heavily considered as well.  Judges also tend to have an unfavorable view of any parent who actively interferes in the child’s relationship with the other parent.  Additionally, judges will place more favor on the parent they believe shows more willingness to keep the other parent involved in the child’s life and to facilitate the other parent’s access to the child.

Continuity and stability are also considered to be in the best interest of the child.  For this reason, it is unlikely that a judge will agree to a custody plan that involves excessive transporting of the child to different homes during the week.  Judges generally feel that children thrive best on a routine and prefer to keep as much of the child’s life the same to the extent possible under the circumstances.  This includes maintaining established patterns of care and protecting emotional bonds with the parent who has served as primary caretaker.  In some cases, a judge will also attempt to keep siblings together.

If you are facing a custody battle, you don’t have to suffer the stress, anger, fear, and other negative consequences that can result.  Whether you are going through a divorce, attempting to gain custody, or afraid to lose it, the Law Offices of Bamieh & De Smeth, PLC can help.  To schedule a free and confidential consultation with the experienced family law attorneys concerning your custody dispute, contact our law offices right away at (805) 643-5555.