MDMA, which is also known as “ecstasy,” “X,” or “molly,” is a designer drug typically associated with raves, night clubs, and music festivals. MDMA is illegal to possess under both California and federal law, no matter how small the quantity. Penalties for possession of MDMA can be harsh, even for first offenses. If you, your son or daughter, or another loved one was arrested for possession of MDMA or other “club drugs” in the Santa Barbara area, it is imperative to hire a skilled and experienced criminal defense attorney as soon as possible.

The MDMA possession attorneys at The Law Offices of Bamieh & De Smeth, PLC have more than 22 years of experience trying hundreds of cases in California’s criminal courts. Our renowned team of defense lawyers is led by founding attorney Ron S. Bamieh, who was the youngest attorney ever promoted to senior deputy district attorney for nearby Ventura County. Mr. Bamieh’s unique experience as a former prosecutor helps our attorneys pinpoint flaws in the cases against our clients, enabling our legal team to build stronger, more robust, and more effective legal strategies.

When prison time, costly fines, and a criminal record all hang in the balance, hire a criminal attorney with a track record of success. For a free legal consultation about MDMA possession charges in Santa Barbara County, call The Law Offices of Bamieh & De Smeth, PLC at (805) 643-5555 today. 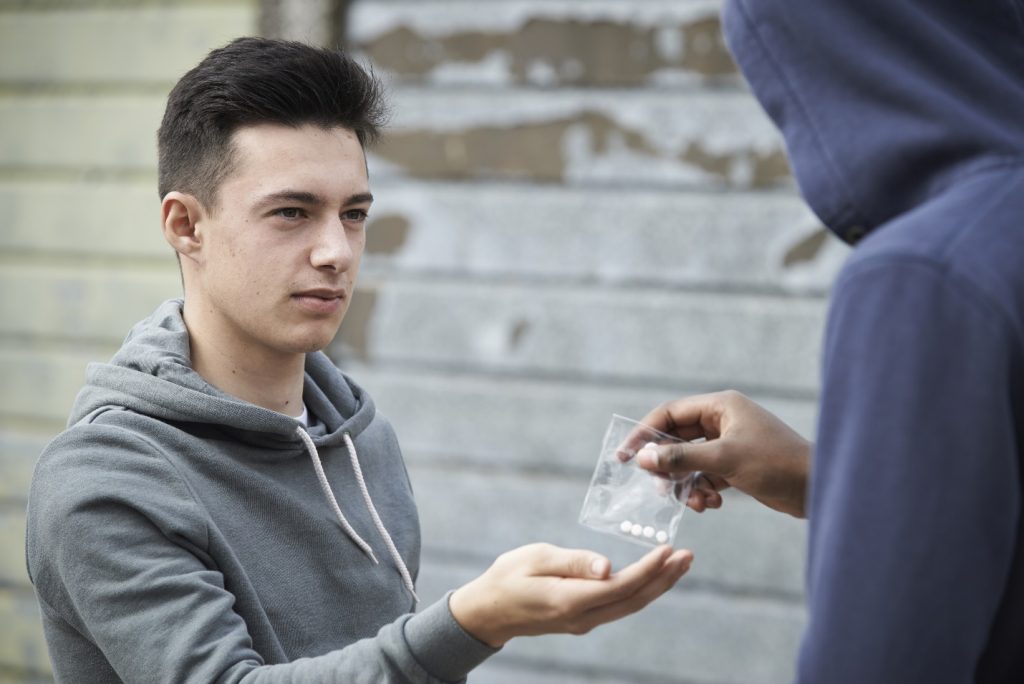 MDMA is illegal to possess under state and federal law. Under federal drug laws, which are enforced by the Drug Enforcement Administration (DEA), MDMA is categorized as a Schedule I controlled substance, the same category that includes heroin, LSD (“acid”), marijuana (“pot,” “weed”), and peyote. However, MDMA possession cases are more commonly charged under state laws, such as California Health and Safety Code § 11377, which criminalizes the possession of MDMA for personal use. Drug possession for personal use is also referred to as “simple” possession.

Simple possession of MDMA is typically a misdemeanor, which is less serious than a felony, under California ecstasy laws. However, MDMA simple possession is a felony offense if the defendant has ever been convicted of:

CA Penalties for Possession of MDMA

Though the penalties for a felony are more serious than the penalties for a misdemeanor, both are capable of leading to devastating consequences. In addition to costly fines and jail or prison time, with potential for other penalties like probation, driver’s license suspension, and community service, a criminal conviction will also give the defendant a criminal record, which could cause serious problems when applying for jobs, applying for professional licenses or certificates, trying to travel abroad, or trying to purchase a firearm.

This is especially problematic for defendants who need to operate vehicles or carry weapons for work, such as truckers, pilots, taxi drivers, bus drivers, police officers, and members of the military.  People who work with children, such as teachers and daycare workers, also risk suffering serious damage to their careers from a drug-related criminal conviction.

Some defendants may be eligible for diversion programs, which give qualifying defendants the opportunity to avoid incarceration in return for compliance with certain rules and restrictions. Our Santa Barbara MDMA possession lawyers are highly experienced in obtaining sentencing reductions, and, where appropriate, can work to help our clients enter diversion programs when in their best interests.

It is urgent that you retain quality legal representation if you or a loved one has been charged with possession of MDMA in the Santa Barbara area. A criminal defense attorney can walk you through the California court process and protect your constitutional rights while fighting for an acquittal, case dismissal, or sentence reduction. Without an attorney to uphold your rights and challenge the government’s case against you, you are at greater risk of receiving a lengthy sentence, expensive fine, and damaging criminal record.

The stakes are high. Make sure your case is in skilled hands. Our California criminal defense law firm handles ecstasy possession charges throughout Santa Barbara County, including Santa Maria, Lompoc, Goleta, Carpinteria, Guadalupe, Solvang, Buellton, Orcutt, Isla Vista, Montecito, Vandenberg Village, Santa Ynez, Mission Hills, Mission Canyon, and other local communities. For a free legal consultation about what to do if you or a family member was arrested for ecstasy possession in Santa Barbara County, call The Law Offices of Bamieh & De Smeth, PLC at (805) 643-5555 today.