How Many Car Crashes Are Caused by Drunk Driving in Ventura County, California?

Whether you refer to it as drunk driving, intoxicated driving, or driving under the influence, driving while impaired by drugs or alcohol is both illegal and extremely dangerous, not only for the intoxicated driver and their passengers, but also for the motorists around them.  Though entirely preventable, intoxication persists as a factor in injury crashes and fatal accidents year after year in California and throughout the U.S.  Here, our Ventura car accident lawyers examine recent statistics to see how often drunk driving causes traffic accidents, locally and throughout the state of California.

How Many Adults and Children Are Killed in Drunk Driving Accidents?

Before we investigate the prevalence of drunk driving in Ventura County or even California as a whole, let’s go over some national statistics in order to see the broader picture.

According to the National Highway Traffic Safety Administration (NHTSA), a total of 9,967 people were killed in drunk driving accidents in 2014 alone.  On average, that equates to one death every 53 minutes, or approximately 27 fatalities for every day of 2014.

Most of these fatalities involved the drunk driver and/or occupants of their vehicle – just over 7,900 deaths, or about 79% – while 1,241 people (12%) were occupants of other vehicles, and 824 people (8%) were pedestrians, bicyclists, or other non-occupants of any vehicle.  This data makes it abundantly clear that bicycle and pedestrian accidents, like motor vehicle accidents, are frequently caused by impaired drivers.

Tragically, a large portion of drunk driving accident victims are children under the age of 15.  Out of the 1,070 children aged 14 or younger who died in car accidents in 2014, a total of 209 – nearly 20% – were killed in crashes that were caused by intoxicated driving.  About 29% of these children were occupants of other vehicles, which is a substantially higher percentage than the adult occupants of other vehicles (12%).  These figures suggest that babies, toddlers, and children are at higher risk of dying from DUI-related accidents than older passengers in vehicles other than that of the intoxicated driver. 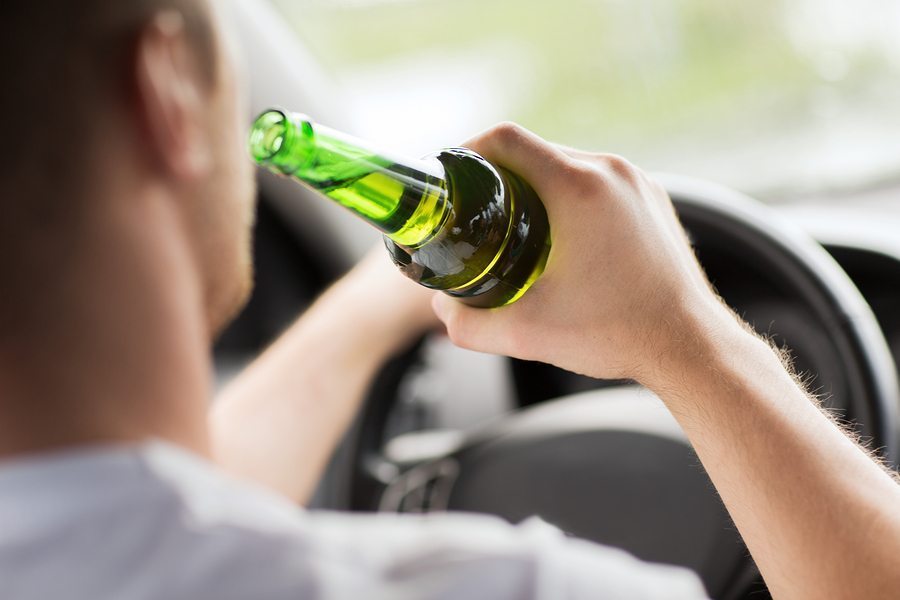 The California Office of Traffic Safety (OTS) is an invaluable resource for California car accident statistics.  Drawing on data from the Statewide Integrated Traffic Records System (SWITRS), the OTS regularly publishes detailed data on automotive accidents throughout the state of California.  This includes data on specific crash factors, such as seatbelt use, weather conditions, traffic intersections, and driver intoxication.

According to the most recent available SWITRS data, just over 3,100 people were killed in California auto accidents in 2013, while a staggering 223,128 people – more than twice the population of Ventura – sustained injuries.  A total of 2,853 collisions produced fatalities.

A huge number of these collisions – 1,075, or about 37.7% – involved driver intoxication.  The month of October had the highest number of DUI-related collisions (105, compared to a low of 67 in January 2013).  SWITRS data also reveals that drunk driving caused:

These statistics show that drunk driving is responsible for a disproportionate number of vehicular accident fatalities: nearly four in 10, as compared to about one in 10 nonfatal injuries.

Like alcohol-related collisions overall, the highest number of intoxication-related fatalities also occurred in the month of October, when there were 117 deaths.  The fewest fatalities occurred in January, when 74 deaths related to drunk driving were reported.

The greatest number of injuries took place during August, when a total of 2,136 intoxication-related accident injuries were reported.  The month of February had the fewest, with a total of 1,734 drunk driving injuries.

For more data on automotive accidents, you may be interested in our article on Ventura County car crash statistics.

Contact Our Ventura, California Car Crash Lawyers if You Were Hit by a Drunk Driver

If you or one of your family members was injured in a Ventura County car accident that was caused by a drunk driver or high driver, turn to the California personal injury attorneys of Bamieh & De Smeth for legal help.  You may be entitled to compensation for your injuries, including your medical bills, the earnings you have lost, and the pain and suffering inflicted by the crash.

With more than 20 years of experience aggressively representing survivors of drunk driving crashes and family members of Ventura wrongful death victims, count on the accomplished legal team at The Law Offices of Bamieh & De Smeth, PLC for help with your drunk driving injury claim in Ventura County or Santa Barbara County.  Our California crime victim injury lawyers are committed to providing emotional support, compassionate legal guidance, and quality representation in the pursuit of justice for our clients.