I have been practicing law for almost 23 years. I have been a part of thousands of cases and have seen harsh, ugly, and bitter things in the courtroom. However, once in a while I witness something that inspires me and reminds me of what is truly important.

I purposefully have never mentioned a client’s name in the practice’s newsletter or blog. Each person’s case is private and I never want a client to think I am trying to benefit from their circumstances. I am going to make an exception in this article, with the permission of the client, because I believe there is a message here worth sharing.

As some of you are aware, I recently represented Shante Chappell. Ms. Chappell was charged with (vehicular manslaughter) being under the influence of Xanax when her car struck and killed Christopher Prewitt. Mr. Prewitt was a local teacher and had touched the lives of many in Ventura County. I do not exaggerate when I say that his death had a profound effect on the entire community, and his loss was mourned by thousands of people.

I met Mr. Prewitt on at least two occasions and I know many people in our community who also knew him. There were many people in my life who were upset with me for taking Ms. Chappell’s case, thinking somehow my representation of Ms. Chappell was an affront to the victim and those who cared for him. I was asked by friends, family, and even people I work with not to represent Ms. Chappell. There was much anger about my possible representation of Ms. Chappell and hatred toward her once the charges became public. These factors convinced me to represent her. While my decision may not make sense to those outside of my profession, let me explain: it was my belief in the principals of our criminal justice system that dictated my action.

When I first met Ms. Chappell she insisted on pleading guilty to the charge at her earliest opportunity. She had accepted full responsibility and appeared completely remorseful for her actions. I had to convince her to allow me the opportunity to review the case before I could allow her to plead guilty.

In a case such as this, a deputy district attorney and I meet with a judge to discuss the case and a possible sentence before the plea is taken. Both sides present their positions and the judge typically gives an indication or just tells you what the sentence will be should the client plead guilty. Judge Ryan Wright, a man I greatly respect and whom I have known since we were in the DA’s office together, was the judge for this case. The charge Ms. Chappell eventually pled guilty to carries a maximum term of 10 years in prison. The DA wanted a harsh sentence, her position was not irrational. Ms. Chappell had killed an upstanding member of our community and my client was proven to have been under the influence of a great deal of Xanax. I pointed out some mitigating factors, such as Ms. Chappell had shown complete remorse and had accepted responsibility almost immediately. With no prior record she deserved a sentence closer to what we call the low term – 4 years. Judge Wright let us know that he did not think this was a low term case, and that he would decide punishment at the sentencing.

I informed Ms. Chappell of the likelihood of a higher sentence, explaining that family and friends of the victim would have a strong voice in determining her sentence. I assumed the Prewitt family would be asking for the maximum, my assumption was based on the dozens of other criminal cases I’ve tried. After all, they had lost a husband and a father, a son and a brother, a teacher and a mentor; their loss was great and I represented the woman who admitted responsibility for it.

On the morning of Ms. Chappell’s arraignment on the charges, her first formal court date on this matter, the courtroom was filled with people who knew and cared for Mr. Prewitt. At various points these people voiced their anger toward Ms. Chappell and even me. I’m used to such things, but Ms. Chappell is a young woman, and she was noticeably frightened. When I asked her if she was ok, Ms. Chappell told me she understood the anger; she felt it was deserved and did not complain.

On June 27, 2014 we returned to court in order for Ms. Chappell to be sentenced. The courtroom was once again packed. On one side of the room sat those supporting Ms. Chappell and on the other side sat family, friends, and supporters of the Prewitt family. While the two groups were separated by an aisle, you not help but notice that the sides were also separated by the color of their skin. All of these people lived in the same town and were members of the same community, but they looked like they were from two different worlds. There were extra deputies present because of a concern that someone would act out violently. Deputies were even stationed outside the door of the court and I was asked to inform Ms. Chappell’s supporters that anyone who caused a disturbance would be immediately escorted out of the courtroom. You could feel the tension in the room and you could see it on the faces of the court’s staff.

At a sentencing of this nature, the Court often receives victim impact statements from the family and friends of the victim. For those who don’t know, victim impact statements allow those most affected by the defendant’s crime to directly address the Court and speak as to how they think the defendant should be sentenced. These are often emotional and confrontational. I have seen victims yell at defendants for what they have done, call them names, and usually they conclude with asking the Court to level the severest penalty possible. Prior to the sentencing I warned Ms. Chappell about what can occur during witness impact statements. I told her the Prewitt family and those who would give impact statements may confront her in this manner. Even though I had previously met Mr. Prewitt, and know people who spoke of his character and his desire to make the world a better place, I still expected Ms. Chappell to be confronted and possibly verbally attacked. Ms. Chappell indicated she understood and assured me that no matter how angry or confrontational anyone became, she would not respond with anything but humility and regret. I told Ms. Chappell’s supporters that we would not counter anger with anger, and asked them to be the classy and well-intentioned people they had repeatedly shown me they were.

Mr. Prewitt’s wife, his sister, and a close family friend delivered the victim impact statements. As Mr. Prewitt’s sister approached the podium, the tension mounted. I was anticipating the worst and I hated the thought of reliving these people’s pain. What happened during Mr. Prewitt’s sister’s statement and each of the subsequent statements not only took me by surprise but touched the hearts of everyone who heard them. All of the speakers, on behalf of the Prewitt family, made it clear that they have suffered a tremendous loss, they told of the impact Mr. Prewitt had on their lives and on our community, and they spoke about the life he had lived. After doing so, they had one more goal to accomplish: all of them wanted to make it clear that they forgave Ms. Chappell. This act of mercy was delivered with love and a sincere desire for Ms. Chappell to know that they harbored no anger toward her, and that they want the best for her and her family. All of them spoke of their strong belief in God, letting us know that Mr. Prewitt held the same belief. If he were alive, they said, he would want his friends and family to forgive Shante—they did, one by one—offering their grace and mercy. 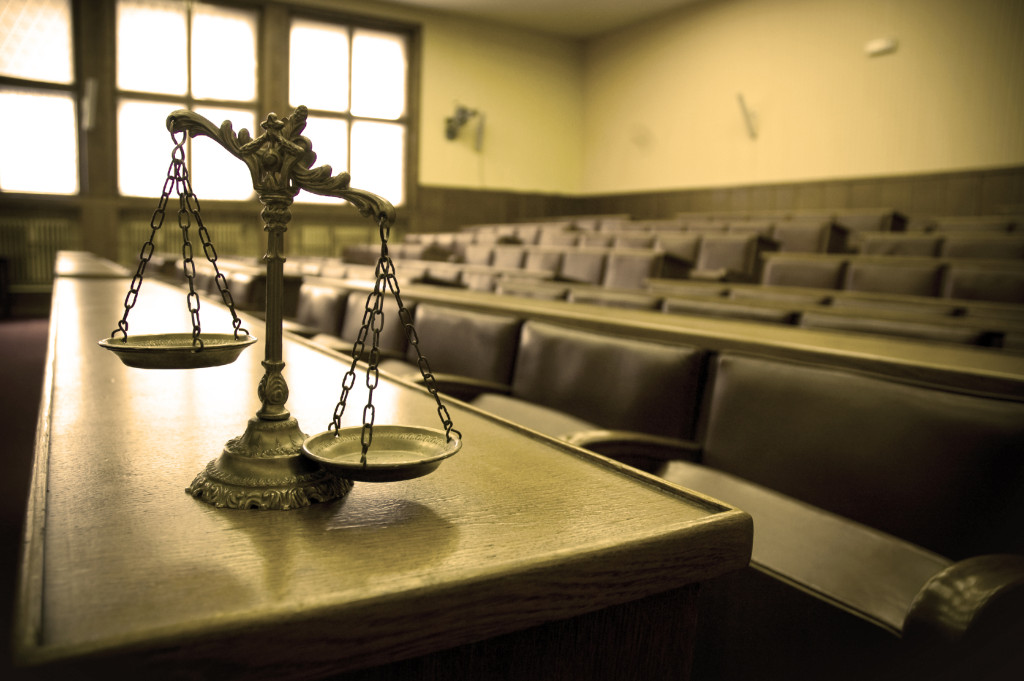 The entire courtroom was affected; seasoned veteran sheriff’s deputies were moved to tears; the court clerk was openly sobbing; the defense attorney could barely compose himself enough to speak; and the judge felt compelled to excuse himself for thirty minutes to get ahold of his emotions.

During the recess, the Prewitt family and their supporters approached Ms. Chappell and hugged both her and her family. Mrs. Prewitt and Ms. Chappell openly embraced one another in the middle of the courtroom. Ms. Chappell sobbed in Mrs. Prewitt’s arms and Mrs. Prewitt told Ms. Chappell it was time to forgive herself. Supporters on both sides greeted each other, shook hands, and hugged. The act of extending God’s grace to another human being instantaneously affected all those present. I will remember this day as one of the most powerful experiences I have witnessed in a courtroom or anywhere else.

After Ms. Chappell was sentenced, she was taken into custody as required. Before being taken to jail, I met with Ms. Chappell in the detention area of the courtroom. I expected to find her in tears, but instead she was smiling. I told her I was surprised to see her smile. Still handcuffed to a bench, she responded, “For the first time a in a while I actually feel free.”

I never got the opportunity to know Christopher Prewitt in this life. However, thanks to his family and friends, I know what type of man he was. Even in death, through his family and their supporters, Mr. Prewitt continues to teach many people an incredible lesson.

Need some insight into whether or not you have a legal matter? Had criminal charges pressed against you or a loved one? Contact our criminal defense attorneys today at (805) 643-5555 or visit us online to schedule your free legal consultation.