When is Drug Possession a Felony in California?

Drug possession is generally charged as a misdemeanor in California. However, there are certain situations where alleged possession of controlled substances can lead to felony charges. If you or one of your family members was arrested and charged with drug possession, including the illegal possession of prescription drugs like OxyContin or Vicodin, you need to contact a Ventura criminal defense attorney before it is too late to get legal help. It may be possible to avoid jail time, or even have the case dismissed – but the longer you wait to speak with a drug crime lawyer about your legal options, the more difficult it will be to fight the charges effectively.

What Constitutes a Felony Drug Possession Charge in CA?

In California, criminal offenses are split into four categories:

1. Infractions – Minor offenses that can result in fines but not jail or prison time.

2. Misdemeanors – Minor offenses that, while more serious than infractions, are not as serious than felonies. A misdemeanor conviction can lead to jail time, fines, and other penalties.

3. Felonies – Major crimes that can be penalized with high fines and, in some cases, decades of prison time. Felony charges are a grave legal matter in any state, but are particularly dangerous for defendants in California due to California’s “Three Strikes” sentencing law. If a defendant has two prior violent felonies (such as rape) or serious felonies (such as selling heroin, methamphetamine, PCP, or cocaine to a minor), he or she can be sentenced to 25 years to life in prison.

4. Wobblers – Crimes that can be charged as felonies or misdemeanors, depending on the specifics of a particular case.

Drug possession for personal use, which is sometimes called “simple” possession, is a violation of California Health and Safety Code 11350. In most situations, simple possession is charged as a misdemeanor, punishable by a fine of $1,000, community service, and/or up to one year in jail. These penalties can increase for second or subsequent offenses. For example, the $1,000 fine can double to $2,000 under Cal. Health and Safety Code § 11350(d)(2).
Though often classified as a misdemeanor, drug possession becomes a felony when:

The sentence for felony drug possession increases dramatically from the misdemeanor sentence. Depending on the defendant’s criminal record and other factors, Cal. Penal Code § 1170(h) creates the following sentencing possibilities for felony possession of controlled substances:

In light of these serious consequences, you should contact a Ventura drug crime lawyer immediately if you or a loved one is facing misdemeanor or felony drug charges. 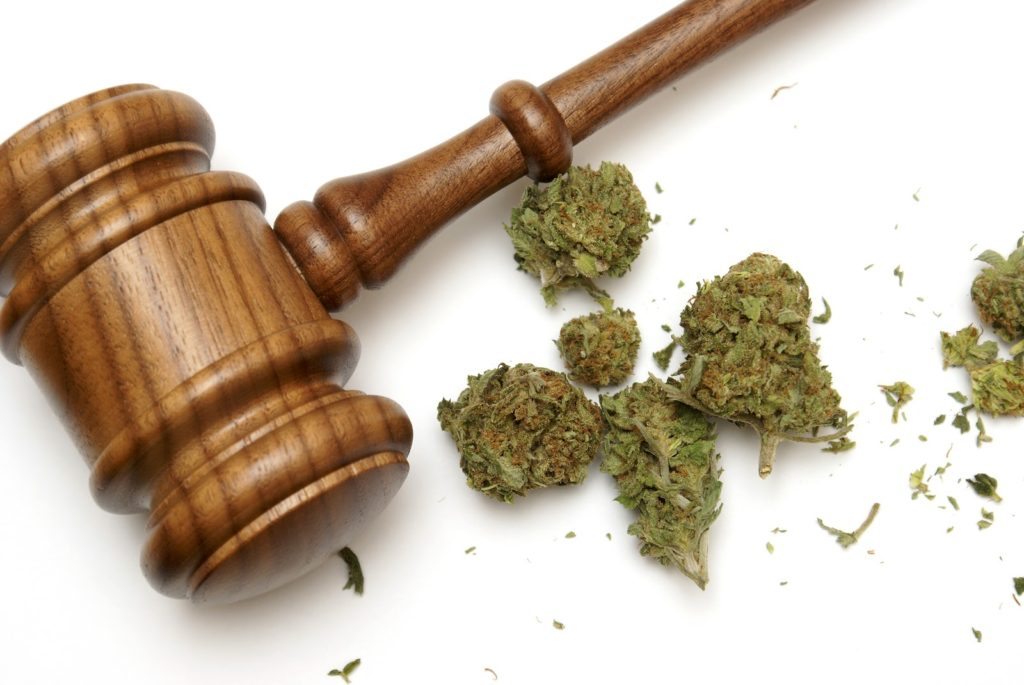 Marijuana possession is a felony in California when:

At The Law Offices of Bamieh & De Smeth, PLC, our Ventura criminal defense lawyers bring over 22 years of legal experience to every case we handle. Regardless of whether you have been charged with a felony or misdemeanor, we can provide you with the aggressive defense you deserve. We can work to have your charges reduced or dismissed, and may be able to help you avoid jail time through a drug diversion program such as Drug Court or a Deferred Entry of Judgment (DEJ).
Our California criminal attorneys represent defendants throughout Santa Barbara and Ventura Counties. For a free legal consultation with an experienced cocaine, marijuana, ecstasy, LSD (acid), methamphetamine, prescription drug, or heroin possession lawyer, contact Bamieh & De Smeth at (805) 643-5555 today.