Can You Get Compensated for a Car Accident Where You Were Partly at Fault?

Like most states, California follows a “fault” insurance system.  When a car accident occurs, the injured driver may be able to get compensated by making a third-party insurance claim against the at-fault driver’s insurer.  But what happens if both drivers share some degree of fault for the accident?  In this article, our Ventura County car accident lawyers explain how compensation is affected when you’re partially at fault for a crash or collision in California.

How Does Pure Comparative Negligence Work in California?

Most people know that they can potentially get compensated when they are injured through no fault of their own.  Unfortunately, when it comes to shared fault, many accident victims hesitate to seek compensation, thinking their role in the collision will preclude them from making a recovery.  Hopefully, you will never be injured in an automotive accident; but if the worst does occur, you should know that you may have a right to compensation, even if you are partially to blame for the crash.

This is due to a legal doctrine know as comparative negligence, also called comparative fault.  Under this doctrine, injury victims are able to recover compensation even if they were partly at fault for an accident.  However, the amount of compensation is reduced to reflect the injury victim’s degree of fault for the crash.  For example, imagine that Driver A is awarded $500,000, but is also found to be 30% at fault for a collision.  Driver A would therefore receive 70% rather than the full 100%, bringing the true award to $350,000 rather than $500,000. 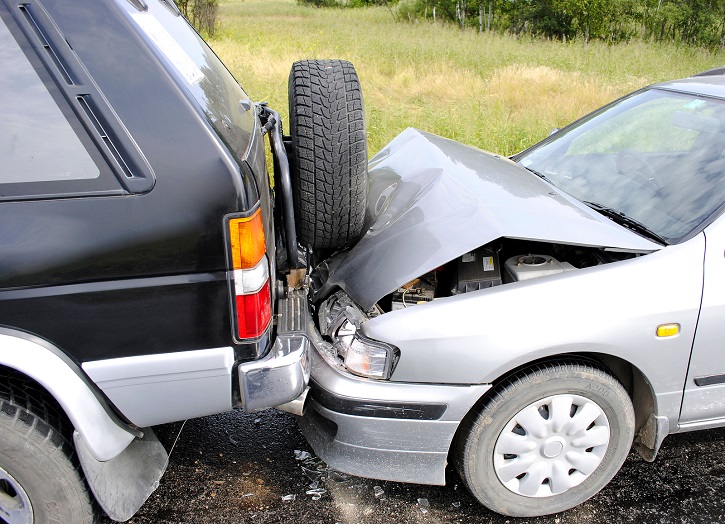 How is Fault Determined in a Multi-Vehicle Accident?

At this point, you may be wondering: how, exactly, is fault determined in the first place?

Once the accident has been reported to the insurance company, both drivers’ insurers will assign a claims adjuster to oversee an investigation into the crash.  The adjusters are looking for evidence that a driver acted with negligence, which means failing to drive safely and obey traffic laws, leading to an accident which should have been preventable.  Speaking broadly, negligence in the context of personal injury describes a failure to exercise reasonable precautions against foreseeable injuries and wrongful death.

Many different factors are considered when determining fault for a car accident, including but not limited to:

Some common ways drivers can be negligent include:

If out-of-court negotiations with the at-fault driver’s insurance company fail to yield a settlement which is acceptable to the injury victim, he or she may decide to file a lawsuit as an alternate means of seeking compensation.  If this occurs, fault will be determined by the court based on the evidence which is presented.  The injury victim, or plaintiff, has the “burden of proof,” meaning he or she is responsible for proving fault (similar to a criminal case, where the prosecutor is responsible for proving that the defendant is guilty).

If you, your spouse, or one of your family members was injured in a car or truck accident in Ventura County or the surrounding area, you may be entitled to compensation for your medical bills and other losses – even if you were partially at fault for the collision.  With more than 22 years of experience, the knowledgeable California personal injury lawyers at The Law Offices of Bamieh & De Smeth, PLC are always here to help you understand your legal rights after you’ve been hurt in an accident.  To set up a free, completely confidential legal consultation, call our law offices at (805) 643-5555 right away.